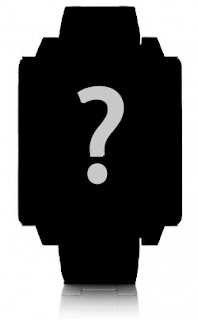 Everyone has so many questions: will the watch have an App Store? Will it have on-board memory? A camera? Honestly, nobody can really answer that. But in a logical sense, you can sort of figure out what direction Apple may choose to head in.

I read an article from today about the iWatch from Cult of Mac, and it discusses some of the features that are likely to be present on Apple’s smartwatch. While many of the things the article spoke of made sense, what caught my attention was the whole concept behind how apps will actually make it onto the watch itself. It was not mentioned in the article but I thought, “So how will apps make it onto the watch? Assuming the watch is 8GB, that could fill pretty quickly”. Then I had an idea… Couldn’t Apple simply expand the iOS API and have the apps “streamed” to the watch? Of course to get more functionality than just a simple push notification sent to your watch from an iPhone application, the developer will have to update their app. Regardless, this would save a tremendous amount of battery on the watch since the iPhone would be doing most of the work, and the watch would simply read in the information to be displayed onto the screen as told by the iPhone. The only down side to this method would be the latency between the watch and the phone, which shouldn’t be that bad assuming that the watch isn’t already slow. Apple has been trying to get the battery up to 4-5 days on one charge, so it is likely that they are trying to do something along these lines.

Another thing that I thought would be an interesting feature is the ability to selectively sync custom playlists to the watch. While you’re usually around your phone most of the time anyway, assuming you were in a situation where your phone was out of reach, you can just listen to music on your watch which you haven’t forgotten because it’s stuck to your wrist. I don’t think the device will capitalize on internal storage, as the watch is rather just an extension of the iPhone, but I wouldn’t be surprised if Apple adds in some sync features too appease to the picky ones.

Samsung, Google and LG may all be making their own kinds of smartwatches, but regardless of how many features Apple’s watch has, it will sync to the iPhone so seamlessly it will put the competitors out of question, simply because the watch will be exclusively designed for the iPhone. While the other watches may have snazzy NFC capabilities and features out of the hands of iOS, I’m hoping that Apple will keep to their ability to make stunning, functional products, and once again keep us on the edge of our seats.