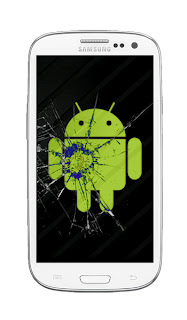 Since my last post about Android and its flaws, it’s been a few years. It was last comparing and contrasting features of iOS 2 and Android’s Gingerbread OS, but a lot has changed over the years and I thought it would be well worth creating another article on why Android still isn’t exactly up to par with iOS, but has definitely made its way further up the food chain.
In one of my earlier posts, I admitted that the Samsung Galaxy S3 was a pretty slick phone, and I’ve definitely considered using it. Although, some things are holding me back with Apple’s groundbreaking iPhone 5. Let’s start with the most obvious, strongest one…

Nothing will ever come even remotely close to being as good as the Apple ecosystem. All iOS devices work seamlessly with each other a their Mac counterparts, from photos to open Safari tabs to apps. Download an app on the iPad, see it on your iPhone. Reading a book on your phone? The page is saved on your iPad. Took a photo from your iPhone in NYC? All those pictures are already on your Mac. Lost your iPhone, need to make a change in your calendar events? iCloud has got that covered. Because Apple makes all their own product, nothing will ever be as easy as logging into your Apple ID and having everything already set up for you. Android OS may have apps that could mimic some of the functions of iCloud, such as TabCloud to sync tabs from Chrome to Android, but this requires manual installation on all devices being synchronized. Apple’s already got that covered from the second you open that fancy box.

I think I mentioned this in my other post, but Android OS is still distributed among multiple devices configured with different hardware and modified versions of the OS. For example: HTC may have their signature version of Android featuring HTC Sense weaved into their interface, while the Galaxy S3 has a bunch of Samsung features pushed into their OS (not to mention possibly pre-installed bloatware). Because of the difference in screen sizes, hardware and manufacturer, when an update for Android comes out for a specific phone, it could be months before the update actually comes out. Sure, there’s custom ROMs, but they’re not officially distributed by the carrier nor manufacturer, usually resulting in an unstable, unsupported OS.

As of today, A little less than 50% of Android users STILL have Android’s Gingerbread OS! As of October 2nd 2012, 60% of iPad, iPhone and iPod Touch users have iOS 6 installed. After the release of Google Maps for iOS 6, that number has grown 29%. Take some lessons from Apple, Android (or should I say Google).

3. Samsung, I Raise Your Specs and Give You QUALITY.

Samsung, when will you stop? You fit all these amazing specifications in to one cheap, plastic shell. You even went as far as making a neat little chart with all your useless features next to the iPhone’s features, and decided to leave out the signature iPhone features that make it what it is. A quick search of “Samsung Galaxy S3 Stupid Ad” will give you that ad (direct link for the lazy). Yeah, your phone is pretty cool, I’ll admit that I wouldn’t mind having one, but don’t push it into our face. It makes me want to ignore you for being hotheaded. Samsung, stop being annoying.

Anyway, what I infer by the title of this post is that the iPhone 5 was made with quality in mind: for example, it has aluminum backing, NOT plastic. The back can’t crack now, because it’s no longer made with glass. Sure, the front can crack, but all smartphones nowadays are made with glass, unless it’s a piece of crap. While it doesn’t really make much of any physical difference, iPhone 5’s are not more than a few microns off (a measurement used for measuring bacteria). The only reason I mention this, is because Apple actually tries to ensure physical quality of their product, rather than to brag about how fast it may be or what useless software features it may encompass, such as NFC technology currently only usable between Samsung Galaxy’s or “S-Voice”, the blatant Siri rip off. With Samsung (not so much other manufacturers), it’s a race to see who can get to the newest technology first, so they can capitalize on how “cutting edge” their phones are.

4. iOS is Easy, Controlled, and Compatible.

Yeah, I’ve said some stuff like this in my other post, but it’s still true. iOS is extremely easy to use, and there’s not much of any learning curve at all. My mom, who is unreasonably tech deficient, can work her way around an iPad, but not as easily around her Android tablet or a Windows 7 laptop, simply because they have more features and options than the average person needs. Apple only puts things into iOS that truly matter to give it a user experience that doesn’t leave you guessing, simply because you already know where everything is, and it’s right where you think it would be. In other words, it’s intuitive.

As for the controlled App Store ecosystem, some may see this as a negative, but I’m sure myself that it is most definitely a positive. Apple regulates these apps for quality control, like they do on their iPhone. Sure, some crap flows through the store every once and a while, but Apple can only deny so much. Most of the original content, coded by independent developers, is easy to use and not a mess of a user-interface. Why? Because it costs $100 to get into the development program, so only developers serious about making money will step forward and start developing for the App Store community. I’m not sure if Google Play’s market costs money to get in anymore, but putting a price on the SDK keeps the unskilled developers out, and the good ones in.

Lastly, there’s the issue of compatibility between phones and Android OS version. Apple only has iOS 5 and 6 to worry about, simply because everyone is either on the latest or semi-latest OS. There are also only 5 different screen resolutions developers need to worry about on iOS: iPad retina/non-retina, and iPhone and iPod Touch retina/tall/non-retina; there is no fragmentation. Android has so many damn tablets and smart phones, that the screen resolutions vary slightly between devices which have to be accounted for when applications are being developed. This requires consistent updates by developers. The reason developers would rather port from iOS to Android is because: 1. The applications can be slightly adjusted from the streamlined screen resolutions of iOS, and 2. iOS users are more willing to buy apps from the App Store.

What Will Make Me Want An Android Phone

Google needs to make sure that Android is regulated more, and make sure that all updates are released on-time and in synchronization (or at least within a months range) with all phones. Sure, that may be hard because it’s up to the manufacturer to get it to work correctly with their hardware, but Windows seems to have no problem with different screen resolutions and hardware changes (yes, I’m well aware it’s a desktop OS). Custom ROM developers seem to have no problem getting to it newer Android versions either. Google isn’t the only one that needs to do some work. Manufacturers have to start caring about what goes into their phones, rather than cramming them full of fancy hardware and shipping them off with some gimmicky features. Companies have started to care to some extent, but the manufacturers have to get at Apple’s level and start caring more. I don’t want any company to mimic Apple’s products, I want them to care about their own. Google’s phones and most HTC phones have begun to show some innovation in design and interface, which is a huge jump from what used to be. If it keeps up, Android could surpass the iPhone, I won’t doubt it.